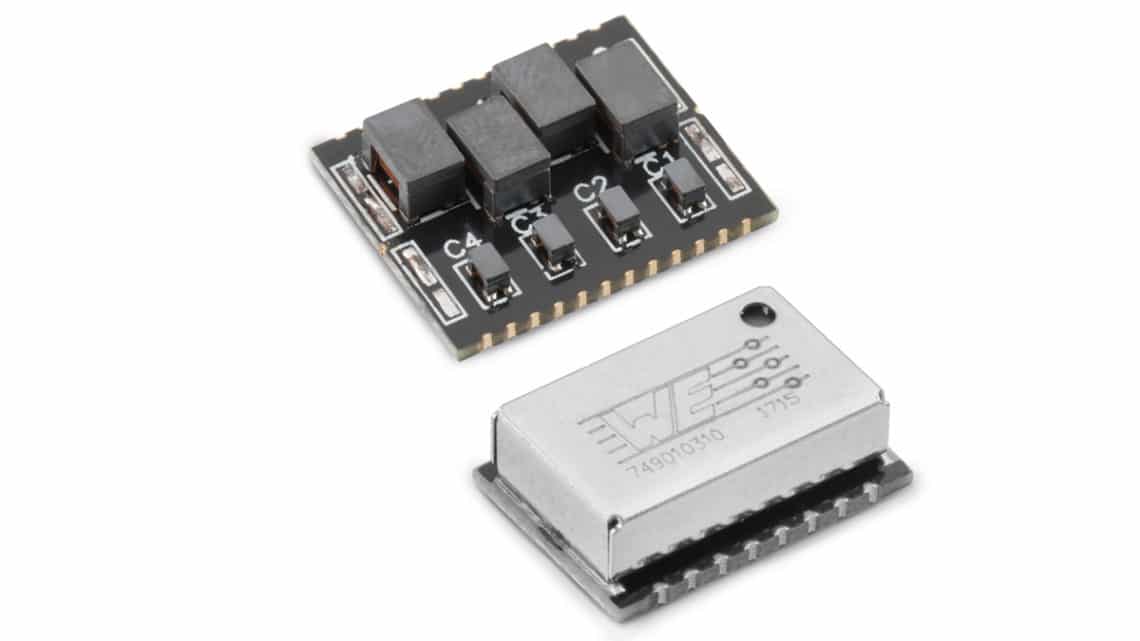 The LAN Ethernet transformers (Figure 2.82) are not simple transformers, but rather modules in which, depending on the number of ports for which they are suitable, at least two transformers and a certain number of current-compensated chokes are contained. 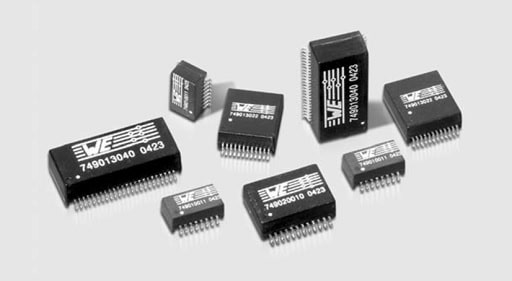 As the name denotes, they are designed as transformers for Ethernet networks. Ethernet is the most widespread form of local network (Local Area Network – LAN). Ethernet is operated at different transmission speeds. The requirements for Ethernet are described in the IEEE802.3 standards:

• Power over Ethernet: independent of the transmission rate > IEEE802.3af

For these standards, the transmission medium is a copper cable with unshielded, twisted pairs (UTP) of type CAT5 or better. The other IEEE802.3 series standards refer to glass fibre cable transmission.

According to the EN60950 standard (safety of information technology equipment), Ethernet is classified as a TNV 1 circuit (telecommunication network voltage). It has to be isolated against a SELV circuit (safe extra low voltage). The test voltage stipulated by the standard must be at least 1.5 kV with a test duration of 1 min. 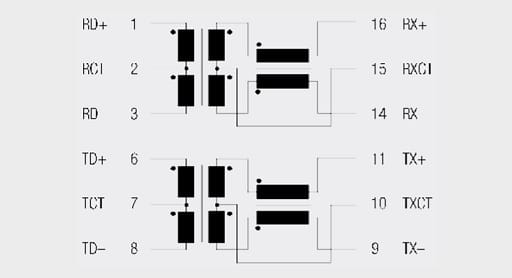 The relevant Ethernet standards for 100 Base-T call for transformers with a minimum inductance of 350 µH and DC current premagnetisation of 8 mA. This should serve to ensure functionality even with small asymmetries of the wire pairs.

The turns ratio is defined by the Ethernet controller used. Whereas 10 Base-T often uses turns ratios of 1 : 1.414 or 1 : 2.5 on at least one of the lines, 100 and 1000 Base-T almost exclusively work with a turns ratio of 1 : 1. This is because the number of secondary turns is so large – due to the high primary inductance combined with a higher number of turns than with 10 Base-T – that they can no longer be accommodat ed on a small ring core. Winding with twisted wires is also no longer possible, which can still be tolerated for 10 Base-T, but leads to a de terioration in transmission properties for 100 Base-T.

The minimum insertion loss and the maximum values for return loss, crosstalk and common mode rejection are also defined over the entire frequency range.

see the next page: Telecom transformers