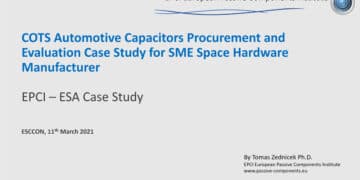 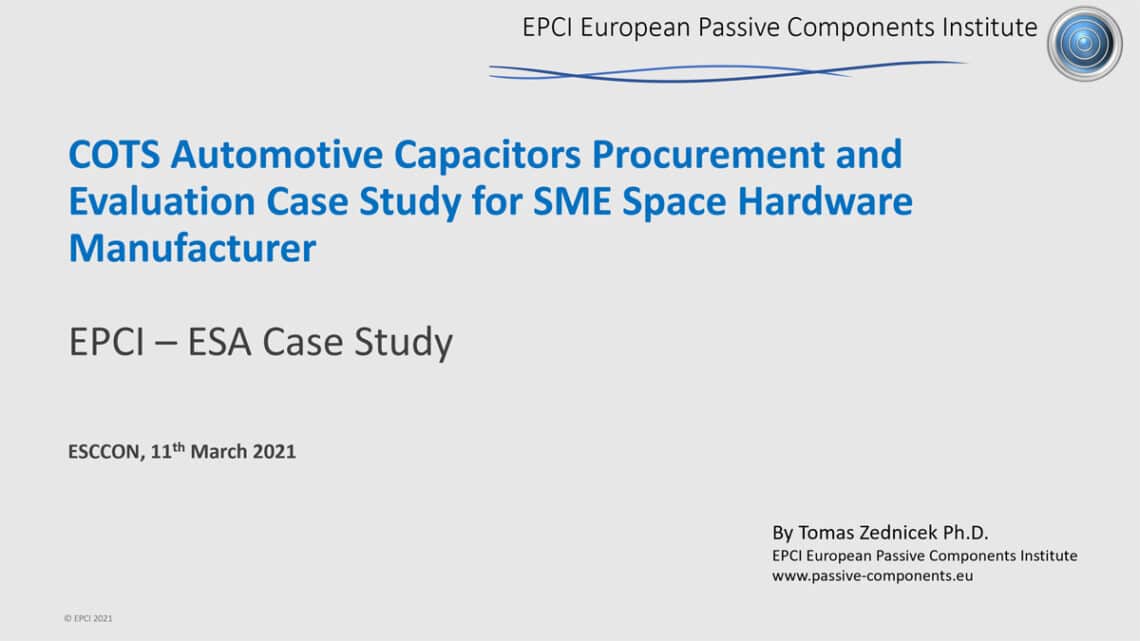 There is an on-going interest from space industry to accommodate commercial EEE components in space systems. The attention is especially paid to automotive grade components that comply to AEC-Q200 automotive qualification standards. Capacitors are the most critical EEE passive components for space applications due to their various number of applications and performances’ reliability. EPCI was awarded a contract from ESA ESTEC to simulate procurement of automotive tantalum and ceramic capacitors by a SME space hardware company, evaluate the process and the parts stability after 168h ageing test.

The work objective was to procure batches of automotive and COTS/CECC non-aged graded tantalum and MLCC capacitors in order to verify the procurement documents and reliability data (with focus to SME-like potential customer) and to assess the percentage of early failure on unscreened batches of capacitors during 168hour ageing.

As results, the procurement process identified some weaknesses within the commercial automotive supply chain:

There were no failures observed during the evaluation test phase neither on COTS/CECC parts neither on commercial automotive parts. All tantalum and MLCC tested capacitors meet their specification limits after 168h ageing test.

The test quantity may not be reasonable to make a general conclusion, nevertheless, there were no significant issues with the robustness of automotive grade tantalum and MLCC capacitors and they performed well in the evaluation testing.

On the other hand, testing of the original COTS / CECC level suggests that these parts have a different component design focusing more on its reliability and robustness. This can be observed on lower shift of electrical parametric during the stress conditions and/or better recovery during ageing step on both tantalum and MLCC COTS/CECC graded capacitors.

In general conclusion – based on study of electrical parametric shifts during the test, the 168h ageing test can be considered as an effective tool to improve the capacitors reliability level by parts stabilization after the board mounting stress. This is especially true on tantalum capacitors, where the test shows high effectiveness of the 168-ageing process to either self-heal or worsen parts’ DCL with potential of suspicious parts removal if statistical dynamic screening is used.

ESCCON 2021 presentation can be downloaded in pdf here:

Full report is available in pdf for download here:

The work described in this report was performed under ESA contract Contract N° 4000127269/19/NL/FE/hh with kind assistance of Dr. Denis Lacombe, ESA ESTEC