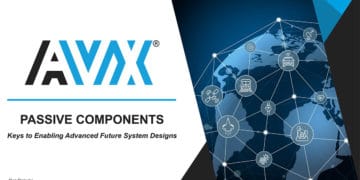 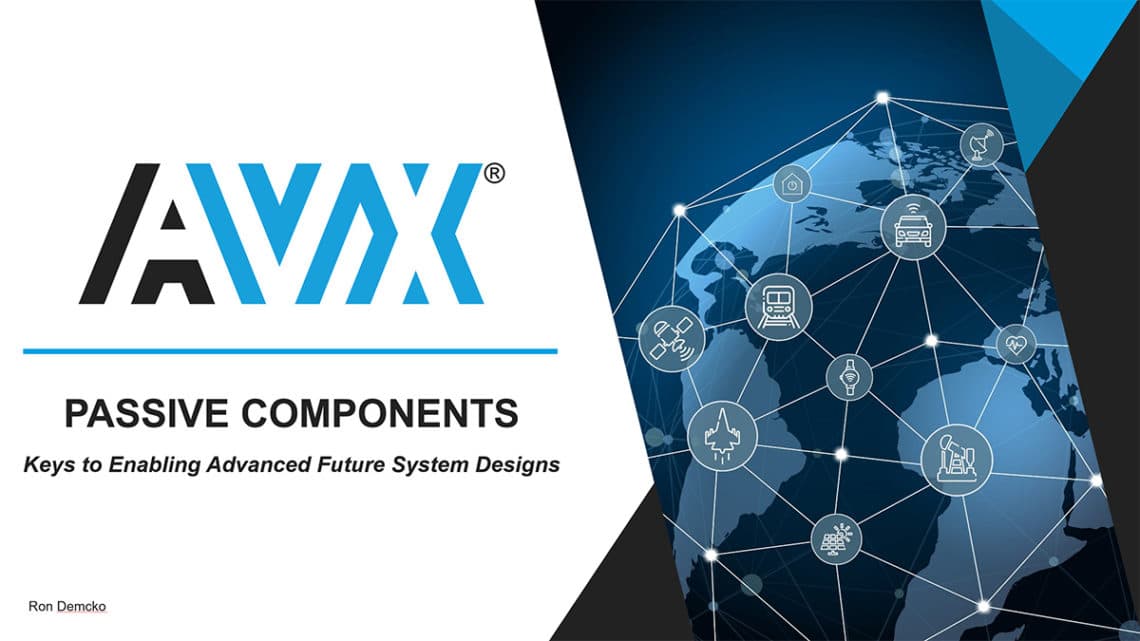 presented by R.Demcko at the 2nd PCNS 10-13th September 2019, Bucharest, Romania as Keynote 1 and rated by PCNS attendees as the best Keynote presentation

In the past, system power budgets and data/operating speeds were wide and slow respectively. This allowed passive component selection and consideration to occur at the end of the design cycle. Today in the digital world, emerging single chip semiconductors now have enough processing power to become a real time – reconfigurable end system.

These ICs that have extreme needs when it comes to power integrity, peak power stability and thermal environments. Similar cases exist in the RF world with high power designs based upon GaAs & GaN. Cases will be shown that prove the importance of passives in order to optimize the active component performance. A correlation between the level of technology that the passive must exhibit and IC type are discussed by IC type. End systems within the transport and harsh environment sector and cases are shown which reinforce passive component importance to system performance.

In 1746, the Leyden Jarwas considered to be the very first capacitor. It was the first device capable of storing an electric charge. Since that capacitors developed into fascinating components capable to cover 17 ranges ! of capacitance values from sub volt to hundred thousands of volts. See Fig.1 of the current capacitance vs voltage overview of mass volume capacitor technologies.

In 2019 we have experienced some shortage of some components such as MLCC capacitors or resistors and market conditions unlike anything we have seen before.

The next 10 years will be nothing like anything we have seen. Massive new markets and application needs is one of current drivers. We are in human era of fast adoption of digital based services and hardware development in areas such as:

Example of passive components involvement: Advances in semiconductor technologies is one of the strong driver that enables fast IoT, wearables, energy harvesting development etc. However, its use in real applications would not be possible without development of enabling capacitor technologies.

Such requirements are calling for a low inductance, high frequency decoupling solution. The actual solution today is based either on low inductance MLCC types or small case size MLCCs in low inductance configuration using a 0402 Caps Inside 0.8 mm Pitch BGA or 0201 Caps Placed 90° Rotated Allows For More Caps Underneath The BGA Area as shown in Fig.9. Fig.10. shows an example of low impedance LGA MLCC capacitor construction.

IoT is thus one of the current and future application where capacitors enables the further growth and performance improvements. The growth of IoT in 2019 will reach 18 billion USD according to Ericsson, or 37 billion per Statista with further growth to 75 billion USD in 2025. The number of connected devices will exceed 75 Billion by 2025 according to Cisco – see Fig.11.

With such IoT growth forecast IoT is becoming the major driver of passive component volumes in near future. One of the IoT challenges is its energy independence from the main power networking relying on batteries or a other energy sources using its potential to 24/7 remote monitoring of anything. Batteries are often non-practical solution from small wearables to large wind power generators with difficult & expensive maintenance. Thus IoT will also drive energy harvesting methods, circuits & modules and a local storage technologies such as capacitors.

Cost pressures and downsizing are driving further IoT integration with miniaturization requirements for all components. Power energy harvesting will need advancements in energy storage components – from on-chip nano-dimensions to high power large systems. The storage solutions will have to feature parameters such as:

Optimum storage component selection guide may differ with actual applications and it can be based on capacitor, hybrid capacitor/battery or pure battery technologies. See Fig. 14 for current energy storage technologies overview.

So, what are the energy storage component power of the future requirements?

Where are we going & what does the future hold ?

The current capacitor mass market technology positions and application domains are summarized in Fig.16. and Table 2. below.

Increase integration and downsizing has resulted in ICs evolution towards System-on-chip (SoC) and System-in-package (SiP) solutions. This trend is also associated with increase of power quality needs. Chart in Figure 17. is illustrating the trend of semiconductor miniaturization and diversification into creation of higher value systems for the future.

We are living in fascinating time entering digital era of human society. The fast growth of technologies and services enabled by digital electronics drive us to the future with unimaginable upsides.

We have seen currently some component shortages that has been a challenge for the existing supply chains. Nevertheless, on the other hand the shortages also drive the design innovation and novel solutions.

Passive components and especially capacitors are part of the challenge for future electronics. Need for efficient capacitors is growing.

The capacitor technology evolution is driven by the three major drivers: