The latest activities related to the passive components in JAXA

The latest activities related to the passive components in JAXA

In the present day, there are 147 models of passive and active components in Japan which fulfill the requirement of space components. They are qualified as JAXA qualified components by JAXA. These components contribute to the realization of the high-spec and high quality space satellites or rockets which are not only government satellites but also commercial satellites.

This paper describes overall introduction of JAXA qualified passive components, some of which are listed in EPPL. As a recent news, a manufacturer of the JAXA qualified Printed Circuits Board (PCBs) has been replaced. Before replacement, the equivalences of the products made by the new and the replaced manufacturers were evaluated. The evaluation result made by the new manufacturer rather than the replaced one is also reported in this paper. Note that what they call “component” in Europe is called “part” in Japan (“Component” indicates “subsystem” in Japan). However, in this paper “component” is used for the same meaning as “part.”

There is a total of 147 models of JAXA qualified components, of which 100 models are passive components. 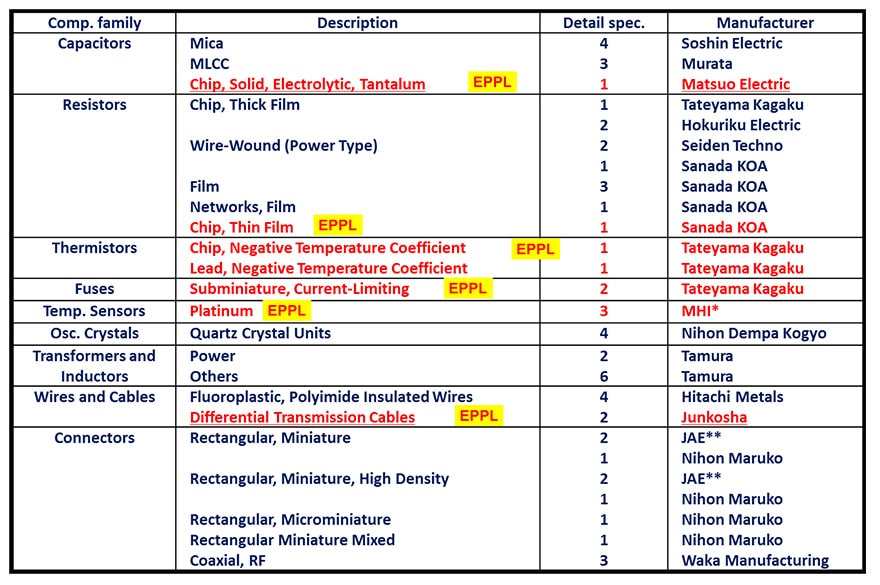 As of August 2018, there are 15 passive component manufacturers whose abilities to manufacture the products to satisfy the requirements for space application defined by JAXA. In Table 1, components indicated in red are currently listed in EPPL. These components can be used for European space mission because their quality and the reliability have been already verified. 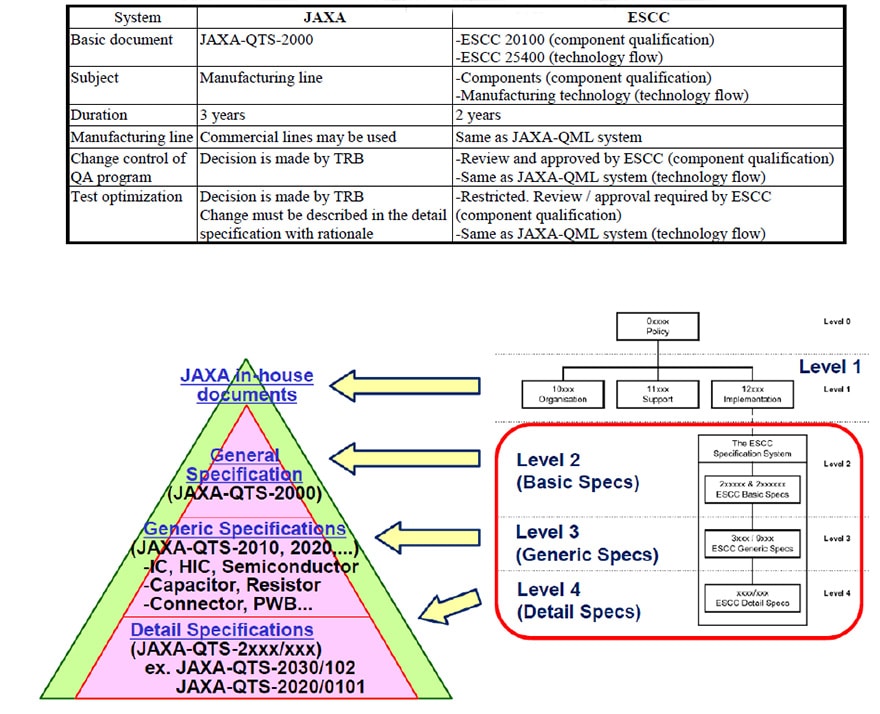 RELIABILITY TEST OF PRINTED CIRCUIT BOARD FOR SPACE-USE

…read more at the full paper link below…

As a recent news, for the replacement of PCB manufacturer, the comparison evaluation results of PCBs which made by two manufacturers were reported. Electrical characteristics evaluations and IST for long-term reliability were performed and it was confirmed that the quality and performance of two products from these manufacturers are practically equal. Therefore, we concluded that there is no risks for replacing the PCB manufacturer.