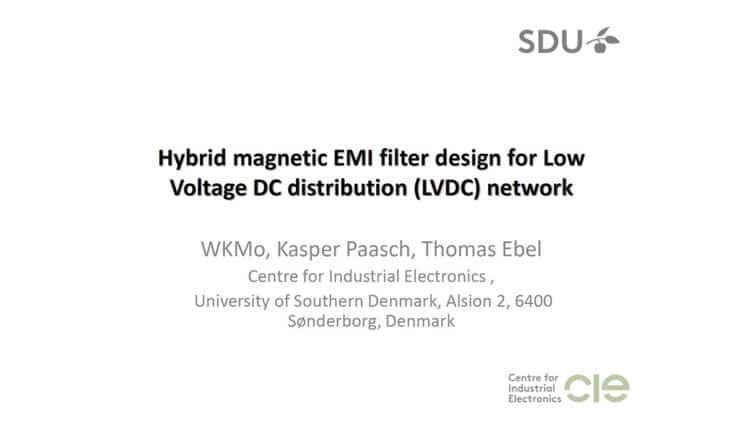 Low Voltage DC Distribution (LVDC) distribution [1] is an innovative method to the public electricity distribution. Because the customers in the LVDC system are supplied with customer-end inverters (CEI), common mode (CM) and EMI noise generated by CEIs must be analyzed. Many previous papers have proposed solutions to EMI reduction such as new modulation techniques, converter topology modifications as well as active and passive filter solutions [2]-[7]. In this paper, the focus is on a novel approach to design passive EMI filters.

The output power is 368W. Figure 3,4 and 5 illustrate the comparisons of conducted emission levels (L1 line) by the standard and single-phase hybrid magnetic EMI filter solutions. Although both solutions are similar except operation frequency over 6MHz, the hybrid magnetic shows to have less emission around 20dB lower than the standard solution.

Figure 4 and 5 examine the conducted emission levels under the single-phase hybrid magnetic EMI filter with optimal gap dimension between the inner and outer cores. With appropriate hybrid magnetic EMI filter solution, the magnetic flux density of inner core is below the maximum allowable saturation flux density (≤1.5T) illustrated in Figure 6. However, for the standard EMI solution, the magnetic flux density of the differential mode choke is above its saturation flux density level. It means that the EMI noise attenuation ability of the differential mode choke has gradually faded to result in the largest conducted emission in high operation frequency (f ≥6MHz).

The hybrid magnetic [10]-[11] EMI filter solution is an innovative approach to obtain synergistic effects by merging benefits of different magnetic materials as well as integrated differential and common mode filters. The inner core with low permeability and high saturation level, such as micro-metal Arnold power core-MS series, is appropriate for the differential mode choke.

The outer core with high permeability and moderate saturation level serves as the common mode choke. Also, a ferrite barrier serves as a gate to balance the flux density between the inner and outer cores. To satisfy the safety regulations against electric shock [12], all the copper windings should be triple insulation wires as illustrated. Details of the hybrid magnetic 3-phase integrated EMI filter is shown in Figure 9.

The outer ferrite core is chosen as the 3-phase common mode choke with identical numbers of copper windings shown in Figure 12.

This core was customized with sufficient spaces for copper wires and 5.8mm ferrite barriers between the individual 3 power lines for satisfying the minimum creepage distance requirement [12]. Winding D, E and F (N=22) serve as 3-phase common mode choke windings to provide enough impedance to reduce the common mode noise. However, due to relatively large self-winding capacitance, it only operates in the medium frequency range.

The air gaps between the outer ferrite and the inner powder core work as a gate to balance the magnetic flux between the two cores shown in Figure 11. It means that two cores can work independently because of a large air gap. To have an external high frequency common mode choke, further 3 identical copper windings (AA, BB and CC (N=7)) are put on the top as shown in Figure 13.

To study the behavior of the hybrid magnetic 3-phase integrated EMI filter with different filter configurations in section II, ANSYS 2D Maxwell was employed. In the case of unequal numbers of copper turns as shown in Figure 11, the maximum flux density increases progressively to result in a large net magnetic flux within the powder core and an increased differential mode effect. Figure 16 shows the equivalent 3-phase boost converter system with 1000-ohm resistive load [13].

The simulation test conditions are E1=220V@phase angle=0o E2=220V@phase angle=120o and E3=220V@phase angle =240o. The output power across the resistive load is 400W. Input harmonic current contents with different filter configurations for CASE I and II are shown in Figure 18 to 20 and 22 to 24. Finally, the comparison of the simulation result between the standard and the hybrid magnetic integrated 3-phase filter solutions are given in Fig. 25 to 26.

With reference to the section II (filter configurations), CASE I has one differential mode choke and two common mode chokes to connect in series. A detail of CASE I filter and winding configurations is presented in Figure 17. Individual input harmonic current contents of the 3-phase power lines are shown in Figure 18 to 20. The 5th and 7th harmonic order are dominant in the input L1 line harmonic current content as shown in Figure 18. The distribution of all input harmonic currents in L2 and L3 power lines are around 0.5A except 5th (0.62A) and 7th (0.35A) harmonics in the L3 per power line.

Figure 21 illustrates a detail of CASE II (winding and filter configurations). The resultant flux density in the powder and ferrite cores are not the same as CASE I, because it has gradually increased as an increment of the large difference between individual numbers of copper windings in the 3-phase power lines.

Individual input line harmonic current contents of the 3-phase power lines are shown in Figure 22 to 24.

Hybrid magnetic EMI filter contains two magnetic cores with different properties and copper wires with high voltage insulated system such as TEX-E. Although the iron-powder is one of appropriate materials to be used in the differential mode filter section, it suffers from thermal aging because of the eddy current portion of the core loss.

Apart from that ferrite core as a major magnetic core material for the common mode filter section, it can easily crack if it exposed to rapid changes in temperature (thermal shock). There are further investigations should be carried on both issues. However, the short-term solution is to use amorphous core material (no thermal aging effect) such as molypermalloy powder (MPP) instead the iron powder core and nanocrystalline material for the common mode filter section, because it is less thermal expansion in comparison with MnZn ferrite material. Typically, the thermal expansion of nanocrystalline material core is 7.6ppm/deg C and MnZn is 12.5ppm/deg C [14].

To study the EMI performances of the hybrid magnetic 3-phase integrated EMI filter method, a 400W 3-phase boost converter is constructed with CASE I filter configuration shown in Figure 27. The 3-phase hybrid magnetic integrated and standard filter solutions are presented in Figure 29. Electrical specifications of this converter are given as follow (VNi =220V, fs=10kHz, Vo=700Vdc, Po=400W).

Figure 29 illustrates the L1 line conducted emission levels are comparable for both solutions in the low frequency range from 150 to 350kHz. Although the hybrid magnetic solution shows to have relatively large emission from 350 to 700kHz the conducted emission level is around 10dB lower in the high frequency range. As illustrated in Table 1, the power factor of the hybrid magnetic solution of the 3 individual power lines is larger than the standard filter solution. Also, it confirms the simulation of the input harmonic current content (section III).

Furthermore, it is convenient to configure an economically advantageous filter system in terms of different combinations between differential and common mode chokes. The significant advantages are 66% volume reduction and improved power factor in comparison with 3-phase standard EMI filter solution.

Conductive Hybrid Threads and Their Applications 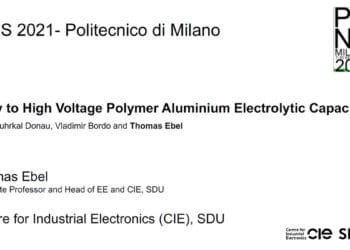 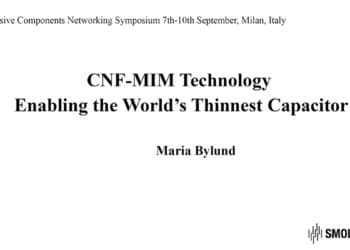 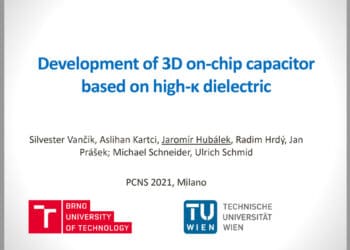