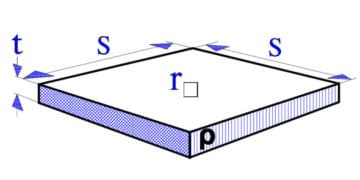 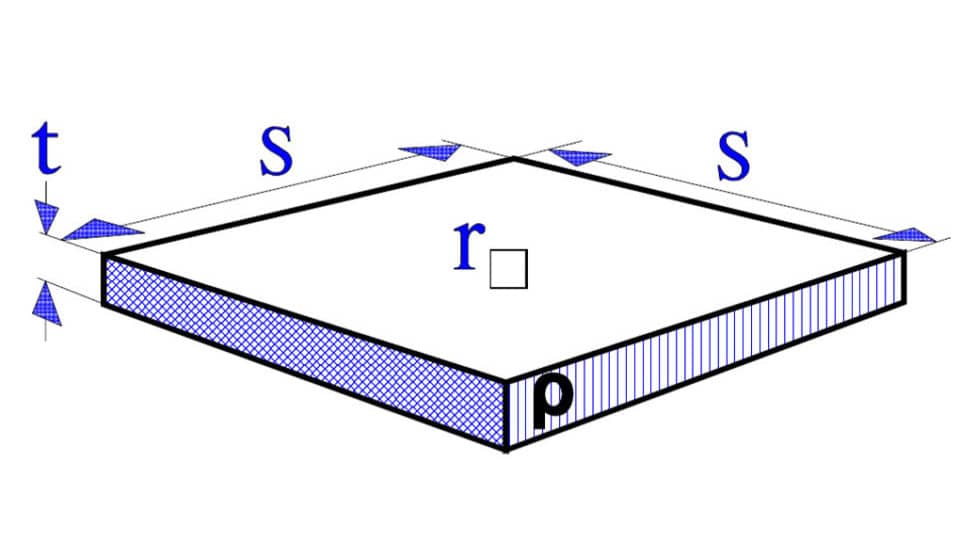 Depending on what units we express l and A in we get different units of ρ. A common way is by expressing l in m(eter) and A in mm2 ρ then gets the unit Ωmm2/m. If we instead choose l in m and A in m2, the unit for ρ will be Ω x mm2/m, which usually is transformed to Ωm. That unit often is used for non-metallic materials. If we know the value of ρ expressed in Ωmm2/m, that value has to be multiplied by the factor 10-6 to give the value in Ωm. Thus, 10-6 x Ω×mm2/m = 1 Ωm.

The sheet resistivity is a measure of the resistance per surface unit of resistive films. A square surface element as shown in Figure R1-1 gets according to the formula [R1-1] the resistance:

Thus, the resistance per square unit, r(sq), is independent of the surface size. It is the film thickness and its intrinsic resistivity that determine r(sq) (expressed in Ω/square). 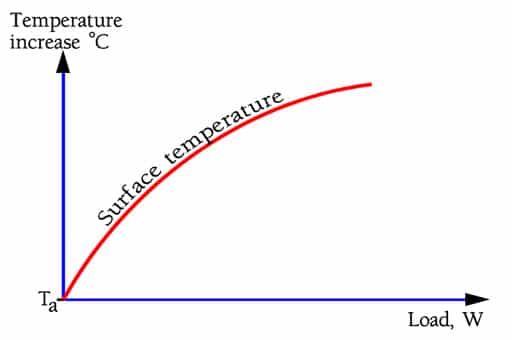 It is important that spiraling or wire winding be spread uniformly over the whole free resistor length. Otherwise we get an intensified Hot Spot effect that endangers life and stability. 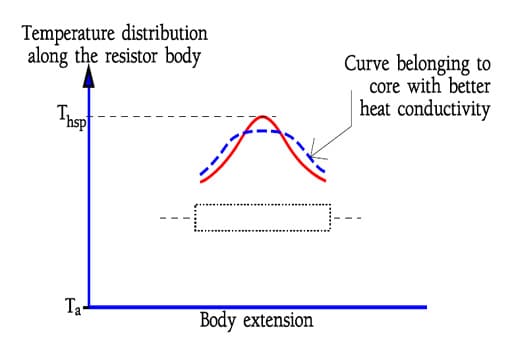 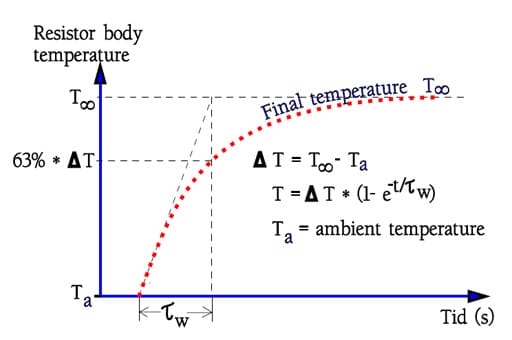 The thermal time constant, τw, is defined as the warm-up time for the resistor surface to attain 63% or theoretically (1-1/e) of the final temperature after applied load is increased in steps, usually PR (Figure R1-4). Of course, the time constant is strongly dependent on the resistor body size. It will be quicker to heat up a small body than a big one. Table R1-1 states standard values for some DIN classified sizes.

The thermal resistance, Rth, is expressed in K/W. It describes the temperature increase of a resistor body under applied load. Since radiation causes the temperature curve to turn downwards at increasing load data about Rth concerns normalized mounting and a load of PR. (See DIN 44 050). As shown in Figure R3-5 an power overload reduces the Rth. 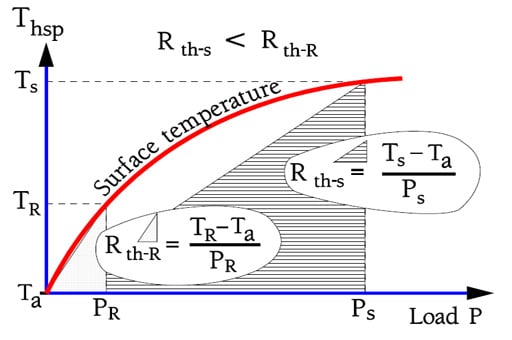 In Equation R1-3 the connection between Rth and current temperatures is described. Rth is expressed in K/W but due to the fact that the equation deals with the difference between two temperatures it doesn’t matter if we use °C or K for both values. The differences will be equally large. K2-K1 = [(°C2+273) – (°C1+273)] = °C2-°C1.

In Table R1-1 there are some examples of the thermal resistance for standard DIN sizes.

The temperature coefficient of resistance, TCR, is expressed in ppm/°C.

Specification limits and actual changes may look like the ones in following figure where a family of components are shown. 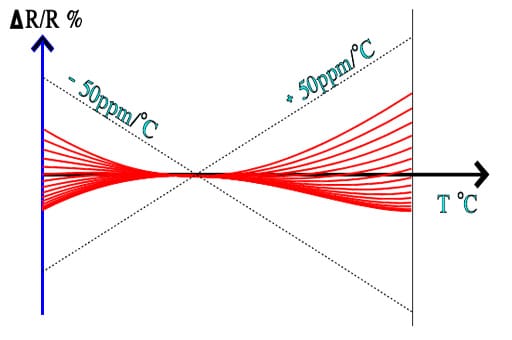